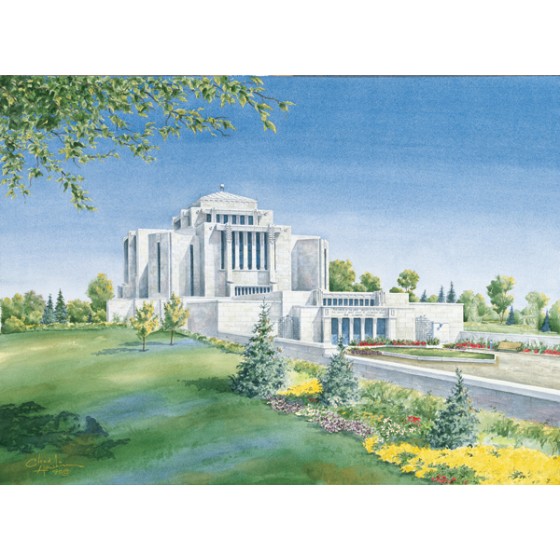 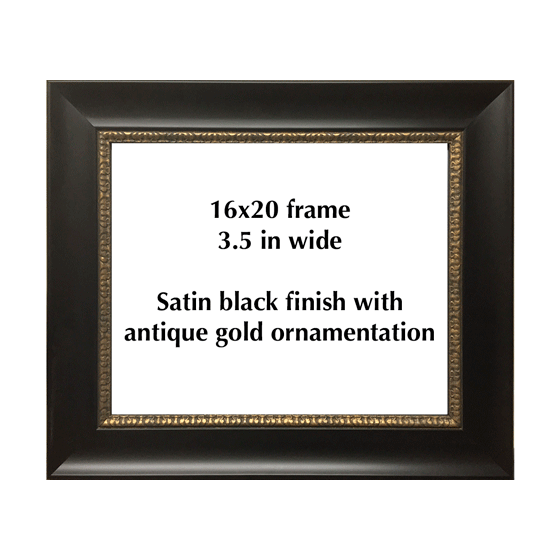 The Alberta Temple, located in Cardston, Canada, was created using a transparent technique, and is one of a series by the artist Chad S. Hawkins. In 1989, at the age of seventeen, Chad started this unique temple series becoming the original LDS artist to involve hidden spiritual images in his artwork.

Torlief Knaphus, a well-known LDS sculptor, created a most impressive frieze of cast concrete, which is now located in the main entryway of the temple. The subject, about 20 feet wide by 8 feet high, is that of Jesus and “The Samaritan Woman at the Well.” It depicts the Savior in the attitude of telling the woman that he would give her of the “living water.” Because of the beauty and spiritual significance of the frieze, the Savior and the Samaritan woman with her water vessel are quietly hidden within the trees and flowers to the right of the temple.

For generations, the famous Old Chief Mountain guided the Native American tribesmen in their wanderings up and down the great north trail. Later, it became a guidepost for the stream of immigrants from the south to their new homeland in Canada. Old Chief Mountain is included in this painting in the lower left-hand corner in the shadows on the grass.